Allergies and the Indoor Environment 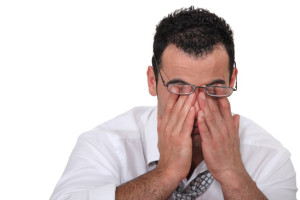 It has been reported that more than 50 million Americans deal with allergies. Some others experience short-term seasonal allergies, while a growing number experience persistent, year-round allergic reactions.

According to recent studies:

Number of individuals in the U.S. who have either allergy or asthma signs: one in 5.

Portion of the U.S. population that tests positive to several irritants: 55 %.

Rank of allergies among other leading chronic conditions in the United States: 5th.

One quote of the yearly expense of allergies to the health care system and companies in the U.S.: $7.9 billion.

Number of work days lost each year as an outcome of allergens: 4 million.

Probabilities that a child with one allergic parent will establish allergies: 33 %.

Probabilities that a youngster with two allergic moms and dads will establish allergies: 70 %.

Degree by which levels of indoor contamination in U.S. houses go beyond levels of outside contamination: two to 100 times, depending upon aspects such as whether the homeowners smoke.

Count of yearly ER visits in the United States caused by asthma: 1.8 million in 2004.

Percentage of individuals hospitalized for asthma (children): About 44 %.

Perhaps the most typical symptom of persistent allergies is rhinitis (hay fever). This swelling of the nasal membranes causes a scratchy, runny nose, congestion and sneezing. This is among the most typical persistent conditions in the United States affecting millions

If you have symptoms such as a runny nose, watery eyes, coughing, itchy throat, it could be due to elements indoors.

Get allergen or mold testing, and determine the cause of your symptoms.